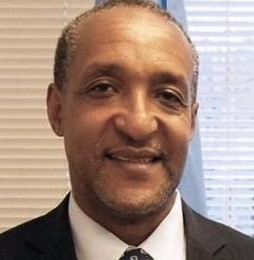 Amb. Macharia Kamau, CBS, was appointed as the Principal Secretary in the Ministry of Foreign Affairs in February 2018. He is a career diplomat with rich experience. Before the appointment, he had served as Kenya’s Permanent Representative to the United Nations in New York since 2010.

Ambassador Kamau has a cross section of expertise and skills built in excess of 36 Years in areas dealing with Political, Development and Policy Work, Strategic Planning, Negotiation and UN Reform.

He has served at middle and senior levels across a number of the UN agencies including UNDP, UNICEF, GF and UN Transition Assistance Group, all undertaken across several regions in Africa, Europe, Latin America and the Caribbean as well as North America.

He has also demonstrated exemplary leadership in global negotiations and has been credited with the super consensus building during his co-chairing and co- facilitator of the negotiations that concluded the Sustainable Development Goals as well as co-chairing the Ad Hoc Group on Forest Financing.  He also chaired the UN Peacebuilding Commission and served as a member of the Senior Advisory Group to the UN Secretary-General on UN Troop Contributing Countries. Amb. Kamau also served as Special Envoy of the President of the General Assembly on Climate Change and UN Secretary General on El Niño and Climate.

Amb. Macharia Kamau was also an International Consultant to the Bill and Melinda Gates Foundation and the United Nations AIDS. He is the recipient of several awards and medals including the Elizabeth Haub Award, Gold Medal, for Environmental Diplomacy in 2014, and Moran of the Burning Spear by the President of the Republic of Kenya in 2012.

He holds an undergraduate degree in History and Economics from College of Wooster and Masters degree in Social Policy and Planning from Harvard University.

Amb. Macharia Kamau has authored several articles and is the co-author a book titled: Transforming Multilateral Diplomacy: the inside story of the Sustainable Development Goals.

Epilepsy Safe Mode
Dampens color and removes blinks
This mode enables people with epilepsy to use the website safely by eliminating the risk of seizures that result from flashing or blinking animations and risky color combinations.
Visually Impaired Mode
Improves website's visuals
This mode adjusts the website for the convenience of users with visual impairments such as Degrading Eyesight, Tunnel Vision, Cataract, Glaucoma, and others.
Cognitive Disability Mode
Helps to focus on specific content
This mode provides different assistive options to help users with cognitive impairments such as Dyslexia, Autism, CVA, and others, to focus on the essential elements of the website more easily.
ADHD Friendly Mode
Reduces distractions and improve focus
This mode helps users with ADHD and Neurodevelopmental disorders to read, browse, and focus on the main website elements more easily while significantly reducing distractions.