Speaking at the meeting, the Cabinet Secretary advocated for a collective future that requires urgent action against the Triple Planetary Crisis of Climate Change, Pollution and Bio Diversity Loss.

“Climate change has intensified and broadened violent conflicts and insecurity,” the CS stated, adding that this is particularly the case in the Horn of Africa, the Great Lakes Region, the Chad Basin and in the Sahel region of Africa.

“In this, I wish to stress that, we will need to shape and finance climate adaptation initiatives in Africa, that respond to the climate change-security nexus,” Dr. Mutua stated.

To this end, CS Mutua highlighted that, Kenya welcomes the Black Sea Grain Initiative among other similar initiatives by the United Nations Secretary General Antonio Guteress aimed at addressing the Global Food Crisis.

On matters of International Peace and Security, the Cabinet Secretary reaffirmed Kenya’s principled stand on adhering to an effective rule based multilateral system that is responsible to the current global challenges.  Noting that, this is the basis that informs Kenya’s role as an anchor state and guarantor of regional peace and security.

Dr. Mutual further advocated for the need for increased investments, job creation, trade and development in Africa and reaffirmed Kenya’s commitment to multilateralism, to the values and principles of international cooperation and to mutually beneficial partnerships that will safeguard and advance international peace, security and global prosperity.

The G7 Ministerial meeting was the first multilateral engagement by Dr. Alfed Mutua as Kenya’s Cabinet Secretary for Foreign and Diaspora Affairs. 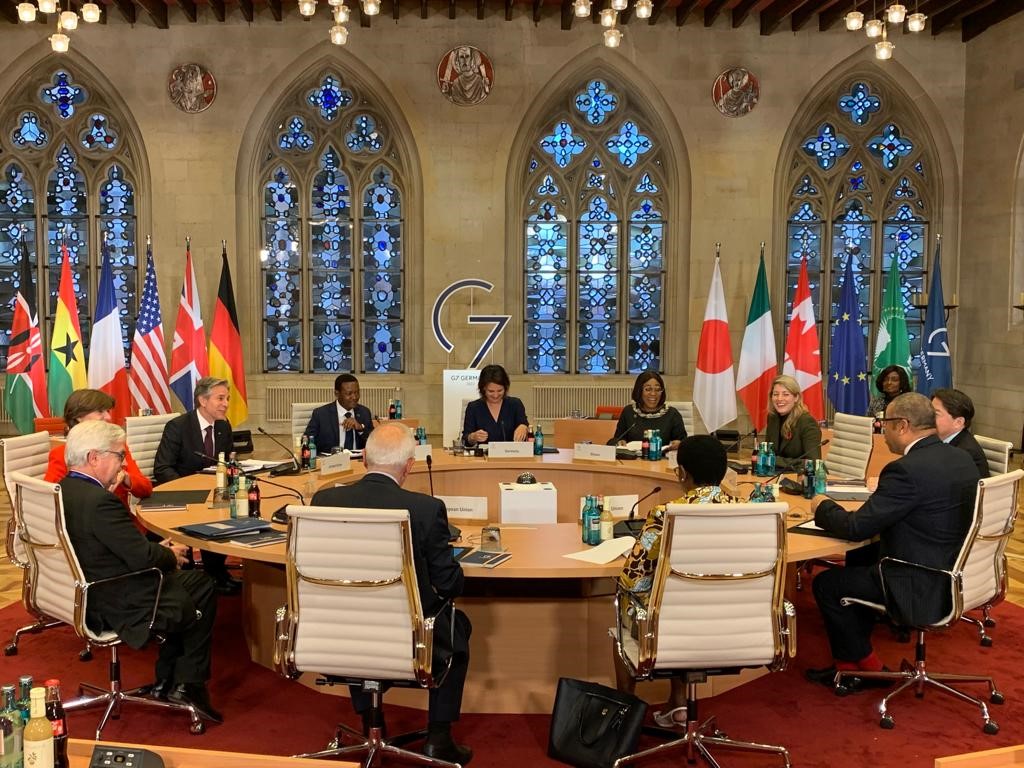 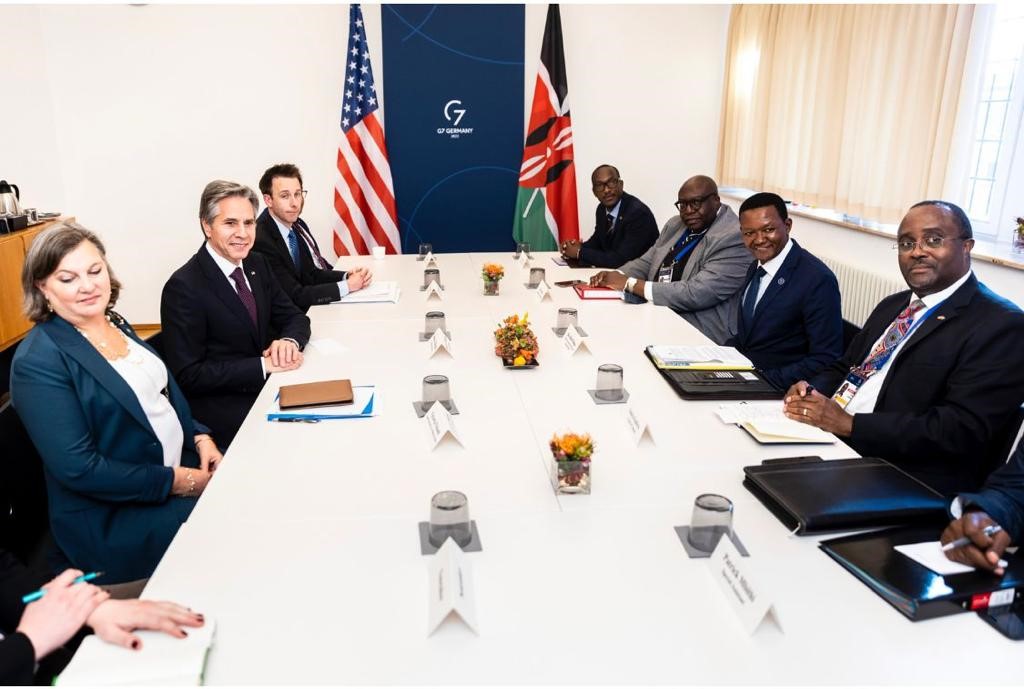 November 16, 2022
Epilepsy Safe Mode
Dampens color and removes blinks
This mode enables people with epilepsy to use the website safely by eliminating the risk of seizures that result from flashing or blinking animations and risky color combinations.
Visually Impaired Mode
Improves website's visuals
This mode adjusts the website for the convenience of users with visual impairments such as Degrading Eyesight, Tunnel Vision, Cataract, Glaucoma, and others.
Cognitive Disability Mode
Helps to focus on specific content
This mode provides different assistive options to help users with cognitive impairments such as Dyslexia, Autism, CVA, and others, to focus on the essential elements of the website more easily.
ADHD Friendly Mode
Reduces distractions and improve focus
This mode helps users with ADHD and Neurodevelopmental disorders to read, browse, and focus on the main website elements more easily while significantly reducing distractions.